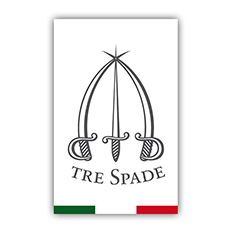 Tre Spade is a venerable company based in Piemonte, Italy. It specialises in the production of machines for the processing and preservation of food both for domestic and professional use. Meat grinders, sausage makers, vacuum-sealing machines, tomato squeezers, multipurpose robots and spice grinders, for example. Strongly dedicated to design, it has won many awards such as the Premio Compasso d’Oro ADI 2014 and the Good Design Award.

For the 120th anniversary of Tre Spade, a competition was organised that involved more than 120 food bloggers.